Ferdinand de Saussure was a structuralist philosopher, a man who was very much concerned with how the human brain organizes information and assimilates a worldview.  From him, we gained the notion that the human brain organizes new information in binaries, in couplets, in sets that are often foils.  For instance, this is most notably seen in black and white, left and right, up and down, correct and incorrect, democrat and republican, liberal and conservative, physical and spiritual, etc.

This is known as binary oppositional thinking. 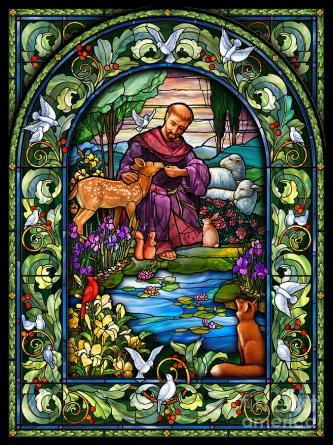 However, back in the day, came this guy.  A total gangsta of a game changer.

Francesco de Bernardone, or, as you might also know him, St. Francis of Assisi.

Imagination is key.  In a very real sense, play should never be abandoned.  Our childhood’s, if we were given the opportunity, were hopefully filled with enormous amounts of play.  Whims and fairy tales, adventures and dragons, magic and plot twists were the homes of our youth.

Just yesterday I listened to a fellow theologian with a background in psychology explain the importance of play for developing a healthy worldview as well as identity.  She then commented further that the notion of intellectual play is equally important for adulthood. As we grow we forget how to play, not just with our physical bodies but with our intellects as well.

I heard it said that every time we resort to violence (verbal or physical) it is a result of a lack of imagination.  It is the result of not knowing how to playfully raise another option.

Back to St. Frank…

It is almost as though we think to ourselves, “What is the ‘worldly’ option?  Let’s do that.”  Or, “What is the ‘spiritual’ option?  Let’s do that.”  And then St. Frank sings, “Let’s do both and neither!  Its a false dichotomy, and rise above it and do something completely surprising!”  This sounds similar to the philosopher Hegel, but his process was that of Thesis-Antithesis-Synthesis.  St. Frank didn’t seem to want to merely combine the two, but to rise above that oppositional thinking altogether.  So, I guess it could be more like saying, “Not A or B, but The Way of Jesus!”

This is what is known as “The Third Way of St. Francis.”  It requires playful imagination, it requires a dynamic rather than static and binary approach to the world and to the Gospel.  It is a compliment to St. Francis that people say no one has ever before or ever since him so perfectly walked in the same exact footprints as Jesus himself.  I think we could all learn something from his non-dual way of living.  If anything, it sounds far more interesting and romantic and delightful and surprising and wonderful and annoying and tiring and inspiring and, well, you get the idea.

Go live in the Third Way of St. You.